BROTHERS OF THE SONIC CLOTH: Seattle Doom Merchants To Kick Off North American Live Incursion With Neurosis Next Month Debut Listed Among NPR Music’s 25 Favorite Albums Of 2015 (So Far)

Seattle doom merchants, BROTHERS OF THE SONIC CLOTH, will bring their lumbering odes to stages throughout North America next month supporting Neurosis. Slated to embark on July 31st in Lawrence, Kansas, the trek will coil its way through sixteen cities, including one headlining performance, coming to a close on August 16th in Houston, Texas. Additional support will be provided by The Body, Sumac, Iron Tongue and Pinkish Black on select dates.

Comments legendary guitarist/vocalist Tad Doyle of the trek, "Being a huge fans of what Neurosis does for so long, we are really excited that we have the honor and privilege of being support for them on this tour. It is a gift for us to be able to do this.”

BROTHERS OF THE SONIC CLOTH is the sound of earthly decomposition and planetary ruin; a slow, suffocating, spellbinding dance towards a looming apocalypse. Having already earned hails from fans and media globally, NPR Music recently listed the band’s debut among its 25 Favorite Albums Of 2015 (So Far) noting, “Seattle's Tad Doyle has been at this heavy game coming on three decades now. With bands like Tad and Hog Molly, he could take a bummer riff and make it boil and hum in ways others just couldn't. Years in the making, BROTHERS OF THE SONIC CLOTH's debut is a thoroughly satisfying doom metal LP that is fully awake and teeming with power.”

BROTHERS OF THE SONIC CLOTH:

Brothers Of The Sonic Cloth is currently available on CD, LP & Digital at THIS LOCATION. 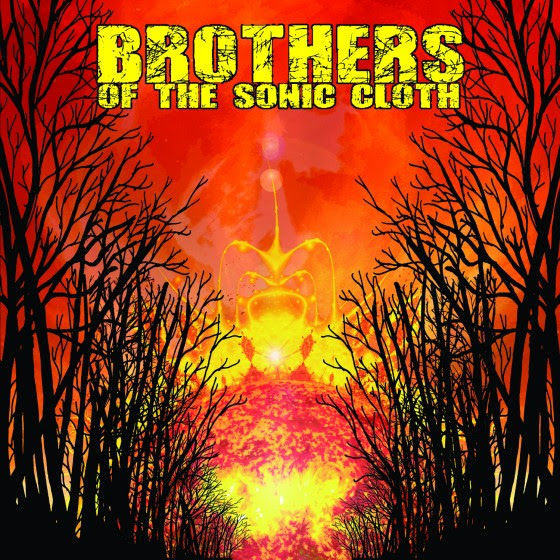 “The Bros.’ debut lurches to life with a lumbering, grunge-influenced tune, ‘Lava’… From here, things slow down to funeral doom pace for much of the next six tracks/35 minutes. However, the doom and darkness is shaded with some interesting melodic textures and moments of lightness that come at unexpected times and add a dynamic gravity to the material.” – Decibel

“The glacially paced ‘Empires Of Dust’ evokes Monotheist-era Celtic Frost with some post-punk elements, while ‘Unnamed’ imagines a world where the Melvins play black metal… Like the most iconic albums, this one reveals hidden nuances and elements with every listen.” – Invisible Oranges

“Tad leads the charge through seven rounds of atmospheric post-sludge, the record’s 44 minutes no less concerned with ambience and mood than with gritting their teeth and bashing the listener over the head with waves of tectonic nod.” – The Obelisk